Ink, The Protector of AUs and Imaginations

To travel through Ink puddles

To Create and Motivate

Ink!Sans is a Sans variant created by Comyet (aka Mye Bi). He was a conceptional Sans who escaped the deteriorating incomplete world through the destruction of his own soul. Thanks to a paintbrush that fell into a void, he was able to gain the ability to create objects out of paint and ink. He now serves the guardian of the scripts of the Undertale AUs.

Ink came from a conceptual AU that never got off the ground. He’s the first and only character with a true soul; yet despite his best effort to improve the AU, he never got a reaction from the inhabitants. In a fit of despair, he destroyed his own soul; accidentally cause him to stumble into the blank void. There he became an emotionless being alone in the vast space of emptiness.

Eventually, an inkbrush (along with different kinds of paint) from an unknown artist fell into the blank canvas, each color imbuing him with feeling. After some time without color, though, he would revert to his emotionless self. Ink fixed this problem by filling vials with the colors that were splashed on him. It allowed him to pretend to have a soul, so that he could feel. Gradually, Ink used the colors from the creators to create the doodle-sphere.

One day, he discovered that he can travel to different AUs through the power of his inks. It doesn’t take long for him to come to the conclusion that the source of said feelings were from the very AUs that the Creators made; namely, the emotions that the creators imprinted on their creations. The paints and powers might have leaked into the Doodle-sphere and thus became accidental gifts from the creators themselves. Thus, to keep a steady supply of emotions for him to harness, he dedicate himself to protect those Creations from those who wish to harm them; be it vandals or any other off-scripted Out!codes.

Ink has ink blot on his right cheek. His eyes are usually a blue circle in the right eye socket and a star in the left. He wears UT Sans' jacket hung around his hips, brown, long sleeves with blue lines and a light shirt; a protector is on his shirt, attached to his chest. Ink wears a giant brown scarf which is almost as big as himself. He has a work belt crossing his chest, with rainbow paint vials (which have heart-shaped tops) on it. When Ink drinks what is in the vials, he gets artificial emotions. Ink has pants that have the same color scheme as his sleeves. over the pants, He wears light brown shorts. Instead of slippers, Ink wears sport shoes with tiger prints on the sides. He also has fingerless gloves.

On his back, Ink holds his signature weapon; His paintbrush (which he names it Broomie). Underneath his clothes are swirling tattoos that fall from the top of his neck, down his spine and rib cages until finishing up at the very start of his legs. The tattoos run 1/4 down his arms and are covered by his undershirt.

Ink has black paint (or ink?) on his right cheek. His eyes are usually a blue circle in the right eye socket and a star in the left. He dons a long-sleeved, white undershirt with a small brown jacket over it. His pants are actually overalls with the tops tucked into his waist. The legs are very wide at the bottoms, with creases around the legs. He also has no shoes, instead, he goes barefoot with a pair of leggings.

He has a work belt crossing his chest, with rainbow paint vials (which have heart-shaped tops) on it. When Ink drinks what is in the vials he gets artificial emotions. On his back he possesses his most powerful tool, an Inkbrush of which he named Broomie.

Ink supports all kinds of art, like painting, literature, dance, music, etc. He is very passionate about art and likes to motivate characters and creators. He’s able to change clothes on people just by using his brush, and he loves to create the kind of outfit they like. Even though he uses art as a tool, no one really saw his drawings or paintings. He is afraid of whiteness, of absence of presences or shapes around him, loneliness, huge empty spaces…

Ink!Sans has a tendency to get too excited about things. He happens to sometimes randomly vomit ink, mostly when he gets too emotionally shaken, whether from passion or shock. He also has very short memory and will forget about different things - sometimes stopping mid-sentence to try and remember what he just said a few seconds before. This is why he takes notes on his scarf.

Ink does not appear as a perfectly well-behaved character. He can be inconsiderate, or even downright mocking and cruel, with his opinions, and deep down he sees other characters as fake story characters and not as creatures like him. He tends to be somewhat detached from his emotions. With him hardly having a proper social understanding, he’s blunt in his teasing and mocking just like in his ability to give support and to be kind. He’s a mischief-maker, and pranks are his guilty pleasure.

Ink approaches enemies carefully. He will never try to attack them first, but will mostly focus on trying to discover their motives and talk them through it. Although he does come off as a jerk on first impression, he does know what to analyze to understand the issue so he can brush people the right way and hopefully have them listen. Ink in general acts wittily and provocatively.

With Broomie and his ink within his possession, he's capable of performing feats such as.

The Gaster of UnderTop serves as one of Ink’s many father figures, as he consider the Guardian as a part of his family. He usually have talks with Ink about the cynical nature of the Multiverse, given that he rather not embrace his out!code status due to his dark past (especially when it comes to the genocide timelines of his AUs).

The Gaster of Zephyrtale (Myebi’s first AU) became an out!code when he first met Top!Gaster, along with Ink!Sans soon after. After learning about the Multiverse from the two, he developed a passion in studying its nature with the help of the Script Guardian. With their friendship, Ink grows fond of learning to preform task without relying on his ink powers. He, like Top!Gaster, see him as a part of his family as well.

Though they have no canon relationship, he's often been depicted with the self-proclaimed purger of the Multiverse. It was due to their conflicting views on the multiverse itself that they're often at odds with each other (Ink claim that the Multiverse was perfect the way it is, while Error views it as an abomination). 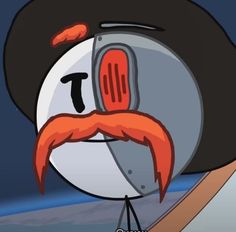 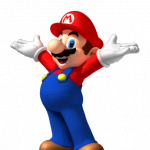 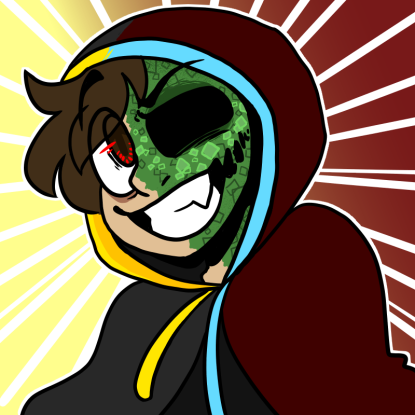